Workers in Germany are currently locked into a bitter struggle with the online retailer Amazon. In this guest post, Halvor Fjermeros reports back from his trip to Germany in November last year, when he met with workers to find out the reasons for this dispute. Importantly, he makes clear that it is not only low wages, but also poor working conditions which are at the heart of workers’ grievances with Amazon.

Among several thousand workers at Amazon’s huge depots in Bad Hersfeld and Leipzig, 1000 of them were on strike in November 2013 for their collective bargaining rights. Another one-day strike was held against the American online giant before Christmas.

Six o´clock on Monday morning, in freezing minus six degrees, a small number of striking workers lined up with banners and posters in front of the Amazon warehouse in Bad Hersfeld the last week of November.

The plant towers at the crest of the hill surrounded by frosty fields in a new industrial area outside the small city Bad Hersfeld in Hessen, established as a substitute for the old industrial workplaces that disappeared during the 1980s and 1990s. Amazon started out here with a couple of hundred employees in 1999 as one of its first establishments. The visible proof of their success being the champion of Bad Hersfeld’s new economic era is the street leading up to the site named Amazon-Strasse. And attached to the same pole is a traffic sign with a clear order: No waiting allowed!

But the Amazon workers will not be halted. And certainly not those of the workers who are members of the large trade union Ver.di, which has a rank and file membership of 2.2 million in Germany. Since April 2013, there have been sporadic work stoppages, mostly one-day-strikes, but three days at the most, and in total 15 days of strike to date, including a work stoppage just before Christmas in midst of the most demanding season for the American commodity supplier. Germany is Amazon’s largest market outside the USA. The German workforce amounts to 9.000 people divided across eight to nine different warehouses. But during Christmas there is a need to increase the staff with another 30 per cent, based on short term labour. The Seattle-controlled company has seen its German turnover increase by 21 percent last year.

The matter of temporary labour was precisely what became an eye opener for the German public last winter. Amazon hired busloads of Spanish and Bulgarian workers, whom they accommodated under the most horrible conditions, to work three shifts in the high season. A television documentary revealed tough housing and working conditions, and contributed to initiate a boycott campaign against Amazon. But the workers themselves do not want a boycott, but decent wages and working hours. 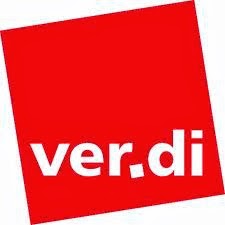 The workers convened a strike meeting in a huge, old industrial hall in Bad Hersfeld, converted into an exhibition and concert hall. Eventually 400-450 workers enter the hall. Attendance is the basic condition for receiving strike support from Ver.di, and there is no doubt that many are attending for that simple reason. The discussion is marked by some handfuls of union representatives and shop stewards, who are trying to survey the mood for a longer strike under the vulnerable times for the company before Christmas. The desire for strike action when most people order their Christmas presents, is a comprehensible strategy. However it may also turn out to be a double-edged sword. Amazon is vulnerable when the X-mas rush is on, but they have increased their capacity with thousands of part time employees. Moreover, they can also try to shift distribution of purchased commodities to one of the other German warehouses. Apart from Bad Hersfeld only the Leipzig site was on strike that Monday.

At the same time there is a growing displeasure with the working conditions in Amazon plants both in Germany, France and the UK. The workers do not necessarily react to low wages, but against increasing demands on performance and a tight control from management on tempo and productivity for each individual worker:

In a meeting for all striking union members in Bad Hersfeld two weeks ago, there was a discussion on how to continue the struggle for a collective wage agreement. Like in Britain, where Amazon has taken on an extra 15.000 temporary agency staff in the Christmas season and is expanding with a planned doubling of the number of warehouses, the German workers find it hard to deal with the power of the mighty internet retailer. And like in Britain, Amazon in Germany is planning to expand to regions, where unemployment is high and wages lower than in the big cities, as, for example, in the eastern parts of Germany. Furthermore, Amazon has recently confirmed that they soon will be opening three new warehouse centers in Poland. That could put more pressure on Ver.di and its striking members. They may worry that too much industrial action will pull jobs out of Germany and across the border.

On the other hand, Amazon has responded to the wage demands by paying a one-off Christmas bonus of up to 500 Euros for long time staff. That could be taken as a small victory for Ver.di and a sign of weakness by the opponent. The mood among the Ver.di members was to go ahead with continued industrial action, but there was no convincing authorization from the crowd to continue with more than one day or perhaps two days of strikes.
This is a kind of enterprise where there is a lack of trade union experience among the workers. The majority are young people and a lot have limited skills in the German language. ‘No wonder just a few took part in the discussion here today,’ says Violetta Block.  She is a voluntary supporter of the struggle, having been a trainee as a university student in Ver.di recently. The union representative seems to be fully aware of how complicated this dispute has turned out to be. One of the biggest challenges is to engage more workers into strike-related activities.

‘I am neither pessimist nor optimist. I am trying to be realistic. We’re prepared to continue this struggle for the bargaining rights for the Amazon workers, but we have to realize that it will be a long fight,’ says Mechthild Middecke from Ver.di’s regional board in North Hessen.


Halvor Fjermeros is a former journalist of the Norwegian daily newspaper Klassekampen and now works as an independent journalist and author.
Posted by Andreas Bieler at 09:00