Is Capitalism Associated with Different Forms of Exploitation? 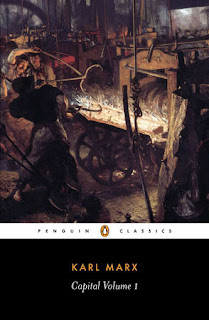 In his book Theory As History (Brill Academic Publishers, 2010), Jairus Banaji makes the claim that we should not reduce a particular mode of production to one specific form of exploitation, such as the capitalist mode to wage labour. ‘Relations of production are simply not reducible to forms of exploitation, both because modes of production embrace a wider range of relationships than those in their immediate process of production and because the deployment of labour, the organisation and control of the labour-process, “correlates” with historical relations of production in complex ways’ (Banaji 2010, 41). Instead, Banaji introduces the notion of commercial or merchant capitalism from at least the 13th century onwards, based on the availability of finance and functioning institutions of long-distance trade, i.e. a ‘capitalism that invested widely in a range of economic sectors beyond commerce in its narrower definition’ (Banaji 2018). What this, however, overlooks is the centrality of wage labour in the capitalist mode of production and Marx’s insistence on exploitation taking place in the ‘hidden abode of production’ (see Modes of Production and Forms of Exploitation).

Distinguishing between a capitalist social formation and a capitalist mode of production, in this guest post Tony Burns provides a way of how we can retain the focus on the centrality of wage labour for capitalism, without overlooking the possibility of several forms of exploitation co-existing at the same time.

I have looked again at the well-known passage from Capital, Volume III, where Marx discusses this issue and append it below:

‘[1056] If we consider ground-rent in its simplest form, that of labour rent [1057] where the direct producer, using instruments of labour (plough, cattle, etc.) which actually or legally belong to him, cultivates soil actually owned by him during part of the week, and works during the remaining days upon the estate of the feudal lord without any compensation from the feudal lord, the situation here is still quite clear, for in this case rent and surplus-value are identical. Rent, not profit, is the form here through which unpaid surplus-labour expresses itself.

To what extent the labourer (a self-sustaining serf) can secure in this case a surplus above his indispensable necessities of life, i.e., a surplus above that which we would call wages under the capitalist mode of production, depends, other circumstances remaining unchanged, upon the proportion in which his labour-time is divided into labour-time for himself and enforced labour-time for his feudal lord. This surplus above the indispensable requirements of life, the germ of what appears as profit under the capitalist mode of production, is therefore wholly determined by the amount of ground-rent, which in this case is not only directly unpaid surplus-labour, but also appears as such.

[1059] The specific economic form, in which unpaid surplus-labour is pumped out of direct producers, determines the relationship of rulers and ruled, as it grows directly out of production itself and, in turn, reacts upon it as a determining element. Upon this, however, is founded the entire formation of the economic community which grows up out of the production relations themselves, thereby simultaneously its specific political form….

Rent is here the primeval form of surplus-labour and coincides with it. But this identity of surplus-value with unpaid labour of others need not be analysed here because it still exists in its [1060] visible, palpable form, since the labour of the direct producer for himself is still separated in space and time from his labour for the landlord and the latter appears directly in the brutal form of enforced labour for a third person.’

Marx makes it clear here that the capitalist mode of production and the feudal mode of production do have certain things in common, which is not surprising as they are both associated with the idea of a class-divided society. For example, they both involve surplus labour and the extraction, siphoning off or pumping out of a surplus product from the direct producer, who is either a proletarian/wage-worker or a peasant. However, there are also significant differences between them, because the mechanism of extraction of this surplus product relies on the wage-system in the one case, whereas in the other it does not. Marx does not argue that the capitalist mode of production itself contains different mechanisms of surplus extraction, or different forms of exploitation.


Dr. Tony Burns is Associate Professor in the School of Politics and International Relations at Nottingham University, UK. His writings on Marx include the following: