Trade unions, free trade and the problem of transnational solidarity 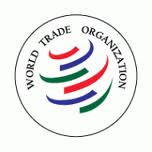 Tensions between European trade unions and unions from the Global South over international free trade developed into an open confrontation during the talks over the revival of the WTO Doha round in 2008. On the one hand, the European Metal Workers Federation (EMF) joined forces with the European Automobile Manufacturers’ Association (ACEA) in the publication of two joint press releases demanding reciprocal market access in developed, emerging and developing countries. On the other, this led to an angry response by trade unions in the Global South and here especially the Confederation of South African Trade Unions (COSATU). The EMF was accused of undermining workers’ solidarity, since their co-operation with European employers in demanding equal market access would imply job losses in the Global South and undermine the internal unity of the International Trade Union Confederation (ITUC) (Bieler 2012: 9).

The WTO Doha negotiations have stalled for years. And yet, free trade agreements (FTA) continue to be pushed in bilateral negotiations by the USA and the EU with developing countries and emerging markets. Importantly, these FTAs no longer only concern trade in manufactured goods, but as part of an expanded trade agenda now also include issues of intellectual property rights, trade in services and investment. Unsurprisingly, the tensions within the international labour movement persist. In this contribution, I will discuss the obstacles but also possibilities for establishing transnational solidarity in relation to tensions over trade liberalization.

Read more »
Posted by Andreas Bieler at 13:13 No comments:

To be in office, but not in power: Left parties in the squeeze between people’s expectations and an unfavourable balance of power.

On numerous occasions, left parties in Europe have had the opportunity to participate in government. Nevertheless, these experiences have regularly ended in disillusionment. Rather than steering a course beyond capitalism, left parties have been co-opted into neo-liberal restructuring. In this guest post, Asbjørn Wahl, analyses this phenomenon and develops several minimum conditions, which should be met before a left party joins government.

Read more »
Posted by Andreas Bieler at 12:00 No comments:

Understanding neoliberal rescaling: the expansion of peripheral capitalist space in Mexico and Turkey

In order to ensure the continuation of the accumulation of profits, capitalist social relations of production have to be constantly expanded into new products and territories. In this guest post, Ertan Erol analyses the role of Mexico and Turkey in these processes of capitalist expansion.

Read more »
Posted by Andreas Bieler at 10:09 No comments: