Understanding neoliberal rescaling: the expansion of peripheral capitalist space in Mexico and Turkey

In order to ensure the continuation of the accumulation of profits, capitalist social relations of production have to be constantly expanded into new products and territories. In this guest post, Ertan Erol analyses the role of Mexico and Turkey in these processes of capitalist expansion.

Neoliberal rescaling processes refer to the processes of reterritorialisation of capitalist space that unfolds on various scales, takes numerous political forms and follows different strategies. In that sense, locating those different processes of transformation and analysing them within the wider processes of neoliberal rescaling is a necessary step in order to identify their underpinning conditions and to facilitate their contestation. 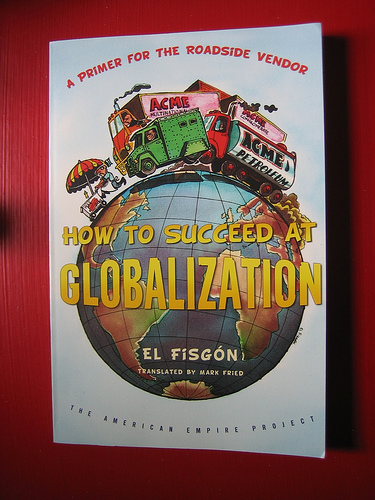 In the last thirty years several regional integration projects have been initiated in Mexico and Turkey aiming to stimulate economic development through increasing sub-national links and relations between the less developed and ‘under-utilised’ regions. By focusing on the institutional/formal appearances of these projects mainstream approaches have failed to provide a meaningful analysis and often ended up arguing that both countries are increasingly playing a ‘new’ role as regional powers in the Central American and Middle Eastern/Caucasus regions. However, it is possible to identify these regional integrations projects as the products of the processes of neoliberal rescaling/re-territorialisation of peripheral capitalist spatiality in Mexico and Turkey.

Since their integration into the mercantilist world economy, both Mexico and Turkey have remained in the periphery of the international division of labour, which resulted in different socio-spatial forms and different forms of economic dependencies. With the exhaustion of the Import Substitution Industrialisation (ISI) oriented peripheral capitalist development strategies, both economies underwent similar processes of neoliberal restructuring that culminated in the full integration of these economies with the North American and European economic structures. Regional integration projects emerged parallel to the processes of neoliberal restructuring, in which the peripheral capitalist spatiality intensified domestically and was extended towards the periphery of Mexico and Turkey. These initiatives can be identified as Plan Puebla-Panamá and Proyecto Mesoamérica in Mexico, and the Black Sea Economic Cooperation Organisation and infrastructure projects in the Caucasus in Turkey. 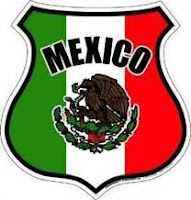 In 2001, Vicente Fox initiated the Plan Puebla-Panamá with the strong financial backing of World Bank and Inter-American Development Bank covering nine southern states of Mexico (Puebla, Guerrero, Veracruz, Oaxaca, Campeche, Quintana Roo, Tabasco, Yucatán and Chiapas) and seven Central American states (Guatemala, Belize, Honduras, El Salvador, Nicaragua, Costa Rica and Panamá). The main objectives of the Plan can be summarised as follows: increasing the rentability of the region by mainly introducing agro-export products and bio-fuel production, the expansion of the maquiladora type of production to the Central American states where labour costs are even cheaper, the construction, modernisation and rehabilitation of the physical infrastructure including the construction of the Gulf, Pacific and Transismic highway corridors and creation of 16 highway hubs, the modernisation and construction of railways between Chiapas and Mayab and in the Isthmus of Tehuantepec. This infrastructure projects were also aimed at the construction of several hydroelectric dams, connection and unification of the electrical systems under one regional grid and the extension of the existing fibre-optic cables.

Nevertheless, as Henri Lefebvre recognised before, the production of capitalist space is a process that has been contested on every scale. PPP has been strongly rejected by local groups and indigenous communities even though nothing concrete has been done yet. So in 2008, PPP has been renamed as ‘Proyecto de Integración y Desarrollo de Mesoamérica’ (The Mesoamerican Project of Integration and Development – PM). While PM adopted the PPP’s agenda, it has mainly focused on the transportation, energy and telecommunication sectors. In relation to the modernisation of highways in Panamá, Costa Rica, Guatemala, Belize and Honduras 422.6 million dollars of credit have been guaranteed from BID and BCIE in 2012. The project ‘Corredor Pacífico’ (Pacific Corridor – CP), the construction of a 3.244 km ‘five star’ superhighway from Mexico to Panama between 2015 and 2020, has been formally defined as the priority of the PM. Furthermore, the implementation of a unified system of transit transportation of goods from Mexico to Nicaragua has been completed. It decreased the time spent at the border by harmonising rules and procedures.


Second, as for the creation of a unified ‘Regional Electricity Market’ the construction of the interconnection infrastructure has been accelerated with the participation of foreign capital. SIEPAC, the electrical connection between Mexico and Guatemala, is completed and the connection between Panamá and Colombia is expected to be operational in 2014.  Furthermore, as a part of the ‘Mesoamerican Programme of Biofuels’ programme, in 2010, a biodiesel plant has been established in Chiapas, which has three additional plants in El Salvador, Honduras and Colombia.

Lastly, PM focused on the interconnection and integration of the infrastructures of telecommunication services. The ‘Central American Network of Fibre Optic Cables’ (REDCA) was part of the electrical interconnection programme and 90 percent of the network was completed by the end of 2011. One fully completed, REDCA will be opened to the market.

In the case of Turkey, we can identify two areas of neoliberal extension towards the periphery, i.e. the Black Sea Region and the Caucasus area. In 1992, the six Black Sea nations, Bulgaria, Georgia, Romania, Russia, Turkey and Ukraine, as well as five other countries in the immediate neighbourhood of the Black Sea region, Albania, Armenia, Azerbaijan, Greece and Moldova, signed the agreement which formed the ‘Black Sea Economic Cooperation Organisation (BSEC)’ in Istanbul. BSEC was aiming to create a ‘free trade zone’ in the region, but gradually the emphasis was given to economic cooperation, which would facilitate the process of transition to market economy structures in the former Soviet economies of the region. BSEC member states defined the organisation as a part of the European architecture and, therefore, gave a special importance to the process of economic integration with the European Union (EU). The aim of economic integration with the EU was claimed to be achieved through trade liberalisation and harmonisation of foreign trade between the member states and with EU countries. In 1994, the Black Sea Trade and Development Bank (BSTDB) was established in Thessalonica, Greece, ‘to assist the intra-regional trade, especially of capital goods, to finance common regional projects and enterprises, cooperate with the international financial institutions, establish and operate Special Funds for specific purposes and to promote investment in economic and social infrastructure projects by way of guarantees, participations and other financial arrangements’ (BSTDB 1994: 3-4).

Turkey also became the flag bearer of neoliberal integration of marginal spaces in the region in terms of the construction of the necessary infrastructure that would transport raw materials to world markets defending projects such as the Baku-Tbilisi-Ceyhan (BTC) oil and the Nabucco gas pipeline. Financially backed by multi-national consortiums and financial institutions such as ‘European Investment Bank’ (EIB), the ‘European Bank for Reconstruction and Development’ (EBRD), and the ‘Neighbourhood Investment Fund’, these investments ensured the use of raw materials that had been previously ‘underutilised’ in these marginal spaces.

The elaborate analysis of these regional integration projects from a spatiotemporal view allows us to easily disregard the rising ‘regional powers argument’. It locates these projects within the wider neoliberal re-territorialisation processes as the product of the reproduction of the peripheral capitalist spatiality in Mexico and Turkey. While those two countries have been structurally integrated with the core as peripheral capitalist spaces – dependent both in financial and industrial terms – during the last three decades of neoliberal rescaling, they have played a significant role in the expansion of neoliberal capitalism towards the further periphery. These processes find their most concrete expression in a variety of regional integration projects. And as these processes unfold on many different scales and take different socio-spatial forms, they threaten more than ever the biological diversity, the very existence of the indigenous communities, and extend precarious and flexible labour relations. Strong contestation of these projects necessitates a healthy analysis that unravels the underlying conditions of these processes and is, thus, capable to formulate appropriate counter-hegemonic strategies on multiple-scales.


Ertan Erol has successfully completed his Ph.D. thesis on Capitalist spatiality in the periphery: regional integration projects in Mexico and Turkey in the School of Politics and International Relations at Nottingham University. He is interested in historical materialist understandings of capitalist expansion and restructuring and can be contacted at ldxee5@nottingham.ac.uk