Another trade policy is possible! The proposals by the Alternative Trade Mandate. 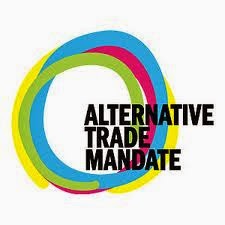 Trade policy has been one of the great battle grounds for progressive movements around the globe. Ricardo’s theory of comparative advantage, as elegant in principle as it can be dangerous in practice, has underpinned the spread of global neo-liberal ideology over the last century. Free Trade is now established as an unquestionable ‘good’ in the world and any attempt to question the wisdom of ever more open borders and ever fewer barriers to the rapid movement of goods and capital is seen in mainstream circles as nothing short of heresy. The few informed voices (such as that of the inestimable Ha Joon Chang) that have been raised to question the idea that ever freer trade is the fast track route to success for developing countries have been simply ignored. In this guest post, Toby Quantrill discusses the Alternative Trade Mandate and its efforts of putting forward proposals for an alternative European trade policy to the neo-liberal ‘free trade’ model, which is currently also dominating the EU.

And yet there has always been a widespread distrust of the motives of those promoting the free trade agenda. Since the ‘Battle in Seattle’ and throughout the long, grinding battle to block unfair trade deals, at the WTO and in bilateral negotiations, the wider public has remained lukewarm, at best, on the benefits of free trade. In part, I suspect, because of the complexity of the debates, but also because of a sneaking suspicion that the benefits of such agreements may be concentrated towards the top of the economic ladder, while the majority of those closer to the bottom will see themselves placed in competition with one another in a race to the bottom on labour rights, social policy and environmental protection.

While the battle of resistance to Free Trade has been fought vigorously, and with some success (the WTO never managed to complete it’s feted ‘Doha Development Round’ in over ten years of trying), there has always been a missing piece in the puzzle. When the (very reasonable) question is raised ‘well if not this, then what?’ there has been little agreement amongst civil society in terms of a response. A lack of an alternative is a dangerous thing. The space created allows self-serving arguments to be made that, while not perfect, ‘there is no alternative’ to the free trade agenda.

The Alternative Trade Mandate (ATM) helps to fill this vacuum. Described as ‘a proposal to make EU trade and investment policy work for people and the planet, not just the profit interests of a few’ the vision document has been many years in the making. I was lucky enough to be able to play a central role in the process, as coordinator of the Alliance between 2012 and 2013 and can vouch for challenges inherent in trying to find a common agreement across a broad range of civil society. Not least the financial challenges (I suspect the annual budget of the ATM process would be deemed insufficient to fund a minor workshop in the WTO or EU). At times it very much felt like herding cats and in the end, as the document acknowledges, not every organization agreed with every detail, but as a ‘Vision’ it stands up very well and I am proud of the small role I played. 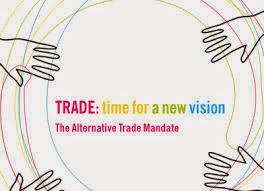 The Alternative Trade Mandate document covers many different trade related areas, from jobs and labour to agriculture and the environment. There were difficult discussions, differences of opinion and compromises to be reached in every area. But for me the heart of the Vision lies not in any specific area of implementation, but in the fact that the document puts the decision-making process at the centre of the discussion, and acknowledges that there can be no alternative approach to trade policy without an alternative approach to how policy is created. If you understand these processes as being political rather than technical, and understand (as the document makes very clear) how vested interests are able to exert their control over EU trade policy, then this makes perfect sense. This is acknowledged by the writer Glyn Moody in an article in Techdirt, where he notes that

'the Alternative Trade Mandate exposes what is perhaps the biggest flaw of both TAFTA/TTIP [Transatlantic Free Trade Agreement] and TPP [Transpacific Partnership agreement]: the lack of any meaningful transparency or public participation whatsoever’.


I hope that the ATM will come to represent one part of of a much wider process of thinking and coordination around economic alternatives.  Certainly I think this is beginning to happen, but as we learnt with the ATM – it takes time, tenacity and a degree of conviction that too few of us seem able to maintain.

If you want to support the campaign to promote the ATM in the EU, now is the time. And this is the place:   http://www.alternativetrademandate.org/

Toby Quantrill has been working in development for over twenty years, starting out in more traditional roles, implementing programmes on health, environment and education. In the last ten years, he has focused on policy analysis and advocacy relating to global problems including climate change, trade and taxation.
Posted by Andreas Bieler at 18:32