United Voices of the World: The Struggle for Justice for Cleaners.

While London is one of the most glamorous and expensive cities in the world, the workers who keep the British capital clean are often overlooked and disregarded. They are paid so lowly that they can often barely survive. And yet, cleaners are fighting back. In a seminar organised by the Centre for the Study of Social and Global Justice (CSSGJ) at Nottingham University, Albero, Percy and Petros from the independent union United Voices of the World reported from their successful struggles to ensure the payment of the living wage at the Barbican as well as Sotheby's Auction house in London. In this post, I will report on some of the key aspects of their struggles.

Albero and Percy spoke about their fears, when taking industrial action. Their jobs are poorly paid, but they are all they have. Intimidated, disrespected on a daily basis, they were worried that taking action may result in being sacked. And yet, they also mentioned how coming together as a group of workers, exchanging their experiences and planning their strategy jointly, they felt encouraged and emboldened to move ahead. It is often this sense of collectiveness, which can motivate workers to go beyond their individualised situation and engage in industrial action.

As part of the seminar, the film Waging a living in London covering the successful struggle at the Barbican with Albero in the main role was shown.

Interestingly, when several economists were asked in the documentary how the wages for cleaners in London could be raised, the response was that ultimately wages depended on market forces and the interplay of supply and demand. More than the minimum wage of just over £6 was simply not possible. The London living wage of £9.15 per hour would be out of reach. And yet, when workers organised and went on strike, ultimately the Barbican, Europe's largest multi-arts and conference venue, had to give in and agree on paying the living wage. Sotheby’s, an auction house for fine art, antiques, books, jewellery, toys, dolls, and other collectible memorabilia with several hundreds of million pounds annual revenue, even agreed on paying sick pay on top of the living wage (see Bdaily Business News, 25 February 2015). In short, the level of wages is not a reflection of market forces, but depends on the balance of power between employers and workers. When the latter successfully mobilised, the former were ultimately forced into making concessions.

It is often argued that globalisation has deprived labour movements of their power to counter exploitation by capital. Nevertheless, as Eddie Webster, Rob Lambert and Andries Bezuidenhout illustrate in their excellent book Grounding Globalization: Labour in the Age of Insecurity (John Wiley and Sons, 2008), globalisation has also provided workers with new weapons (see Globalisation, labour and the manufacturing of insecurity). In more detail, they identify symbolic/moral power and logistical power as new sources of strength for labour. It is especially symbolic or moral power, involving ‘the struggle of “right” against “wrong”, providing the basis for an appeal both to the public and politicians, as well as to allies in civil society’ (Webster, Lambert and Bezuidenhout, 2008: 12), which is important to understand the success of the cleaners’ struggle.

As Petros explained during the seminar, considering the nature of the cleaning sector, a strike by cleaners will never stop ‘production’. It is too easy via agencies to hire replacement workers at short notice. Instead, strikes are just one aspect of a wider publicity campaign, naming and shaming big institutional players such as the Barbican and Sotheby’s into making concessions. By combining strikes with media coverage and linking up with a group of supportive MPs, the union ultimately changed the balance of power in favour of the cleaners, leaving both employers with no alternative, but to comply with the demands.

Where are the other, big trade unions? 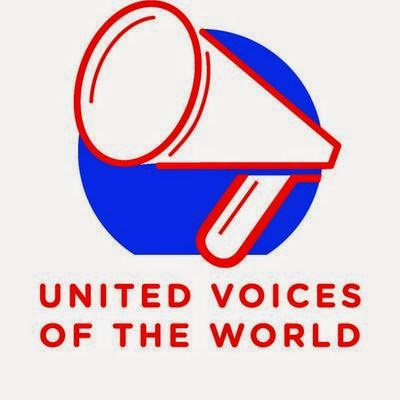 United Voices of the World is a small union run by volunteers and financed through fund raising parties. Their means are worlds apart from established trade unions such as Unison or Unite, and still they were victorious. Perhaps these small, independent trade unions are the best way forward of organising precarious workers, who are often out of reach of large, bureaucratised unions? Rather than viewing them as rivals, perhaps established trade unions should treat them as an excellent alternative way of mobilising, covering areas they find difficult to organise.

Can this strategy be a recipe for ‘cleaning up’ the cleaning sector as a whole? This is to some extent doubtful, considering that it will be more difficult to apply morale power to less well-known companies. The significance of the cleaners’ victory, however, should not be underestimated. Their victory is an inspiration for us all in struggles for social justice. Another world is possible and London cleaners have taken a first step!