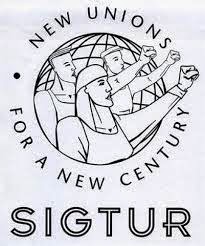 From 25 to 27 March 2015, the second meeting of the Futures Commission, hosted by the Chris Hani Institute, was held in Cape Town/South Africa. The Futures Commission had initially been set up in a first meeting in Johannesburg/South Africa in June 2013 as the result of an initiative by the Southern Initiative on Globalisation and Trade Union Rights (SIGTUR) (see SIGTUR’s Futures Commission). The Futures Commission, consisting of left academics and trade union representatives from SIGTUR affiliates and supported by the Rosa Luxemburg Stiftung, was entrusted with the task to develop alternatives to neo-liberalism. At its Congress in Perth/Australia in December 2013 (see SIGTUR’s tenth Congress), SIGTUR identified four key themes as common challenges for all SIGTUR affiliates: (1) the growing power of transnational corporations (TNCs) especially expressed in a new round of free trade negotiations such as the Trans-Pacific Partnership Agreement; (2) the loss of government revenue due to tax avoidance in tax havens; (3) the restructuring and privatisation pressures on the public sector; as well as (4) the problem of climate change and the related need for a just transition to a post-carbon based economy. At its meeting in Cape Town, the Futures Commission focused on proposals in all four key areas. In this blog post, I will report on these discussions.

Capitalism and accumulation by dispossession

In his introduction to the meeting, Eddie Webster emphasised the importance of a Southern perspective on globalisation and labour. The increasing informalisation of workers in the periphery of the labour market in the Global South and their daily struggles for survival and against exploitation, has made their organisation a key task in the global political economy. Drawing on David Harvey’s concept of accumulation by dispossession, Webster identified new ways of dispossession in times of neo-liberalism around expanded free trade treaties, processes of financialisation and increasing forms of insecure work. And yet, starting from a sense of injustice, there are also new sources of labour power as reflected in the occupation of space, the blocking of roads, or societal power expressed in alliances between workers and other social movements around issues of social justice.

From Free Trade to Fair Trade

Against the background of capitalism’s uneven and combined development, national labour movements find themselves in rather different positions within the global political economy. Unsurprisingly, there are tensions over free trade policies. While many Northern trade unions still assume that free trade as such is positive in helping to protect their members’ jobs in export industries, labour movements from the Global South are critical, since free trade has often resulted in deindustrialisation and the loss of jobs in their countries.

In my paper ‘From Free Trade to Fair Trade’, I focused on proposals of potentially joint demands, which could be adopted by all labour movements regardless of their particular position in the global political economy. These proposals centred around two areas, (1) the protection of national sovereignty and national policy space allowing countries to pursue independently additional objectives to trade and including potentially food sovereignty, the independent use of raw materials and democratisation of trade policy-making, as well as (2) demands towards curtailing the power of TNCs, including the establishment of new regulations of transnational finance to combat tax avoidance and an international commitment to eradicate corporate corruption.

In discussions of this paper, colleagues from Cosatu emphasised Samir Amin’s focus on delinking from the global economy as a way towards independent development. Self-reliance of individual countries or perhaps regional groups of countries may be a more sustainable way forward than incorporation into global capitalism and its exploitative core-periphery relations. By contrast, colleagues from Latin America and here the Brazilian CUT and the Argentinian CTA were sceptical about the notion of delinking. In their view, this was a concept of the past. Perhaps, members of the Futures Commission concluded, delinking from capitalism was necessary, but trade relations based on solidarity with other countries remained important.

Robert O’Brien, together with colleagues from McMaster University in Canada, looked more closely at the issues surrounding tax avoidance and tax evasion. As he made clear, from a labour perspective, it is not useful to distinguish between tax evasion, assumed to be illegal, and tax avoidance, since the latter is often badly defined and still involves the non-payment of large amounts of tax by TNCs. Against the background of international competition, large TNCs and accounting firms are the main beneficiaries of these practices. By using tax havens through strategies of transfer pricing, relocation of property rights, etc., they secure enormous profits often at expense of some of the poorest countries in the world.

In order to counter these exploitative practices, O’Brien referred to work by the Tax Justice Network, which demands a country by country report of TNCs, a unitary tax as well as automatic reporting on wealthy individuals. In general, should we not demand higher corporate tax levels from a labour perspective?

In discussions of tax justice, Samantha Ashman pointed out that capital flight, made possible by the deregulation of national financial markets, is one of the key problems. Neo-liberal deregulation of national financial markets, supposed to attract foreign direct investment, often results in long-term outflows, when TNCs siphon off their profits without paying taxes. The re-introduction of capital controls is, therefore, an essential part of any alternative to neo-liberalism.

Alternatives to Privatisation: The Potential of the Public.

In her contribution to the meeting, Hilary Wainwright made clear that the private sector has proven itself to be highly inefficient when it comes to providing essential services. If the move towards the privatisation of the public sector continues, then also because the private sector has become increasingly embedded in the state, the public sector as such depoliticised and neo-liberalism the dominant economic ideology within international organisations such as the WTO. 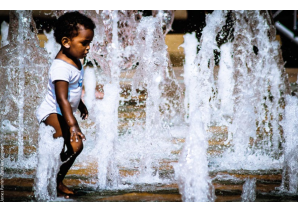 And yet, against the failure of the private, the public contains the alternative to neo-liberalism. Organised workers, Wainwright argued, can become the democratic drivers of public sector improvement. Thus, it is workers’ practical knowledge of their own jobs, which is used as the source of innovation. Importantly, in a range of concrete examples from public sector workers in Newcastly/UK to the water sector in Uruguay (see The Tragedy of the Private – The Potential of the Public), she made clear that trade unions, while working together with management in these processes of innovation, always need to maintain their autonomy.

Alternative Conceptions of a ‘Just Transition’ from Fossil-fuel Capitalism

In her input, Jacklyn Cock strongly criticised market based solutions to tackling climate change. These attempts, supported by an alliance of government elites, CEOs of large TNCs and philanthropists would simply result in an expansion of the market into the natural environment. A focus on the so-called green economy and green jobs too would only represent a shallow reform of the current economic model. Hence, what is really needed would be a massive transformation of capitalism towards eco-socialism. Hence, as was pointed out during the discussion, the search for alternatives must also be a search for a post-capitalist system of production and consumption.

Cock identified four steps towards eco-socialism. First, the very idea of socialism needs to be reclaimed from its Soviet aberration. Second, links between labour and environmental groups need to be strengthened in order to establish agency behind such a shift. Third, support for cooperative social forms can further support a shift towards eco-socialism. Finally, the transition programme needs to focus on concrete issues affecting people. For example, the present food regime based on fossil fuel fertilizers and large TNCs is unsustainable and does not meet the needs of people in Africa, for example, Cock argued. Food sovereignty and its emphasis on small-scale farming and people being able to decide for themselves what to plant may be one way forward, which does not only meet people’s needs, but is also sustainable in environmental terms. Food sovereignty may, thus, be a hook for discussions about an alternative development path.

The challenge of transnational capital

The key issue, ultimately, is who is controlling the transition and who benefits? As long as transition is captured by corporate actors, workers, people and the environment will suffer. Ultimately, it is the power of large TNCs, which is at the heart of the problem in all these areas of trade, tax avoidance, privatisation of services and climate change. Any alternative to neo-liberalism will have to address the power of transnational capital.

As Rob Lambert argued in his closing comments, unions need to establish links with wider society in new ways to rebuild power, able to counter transnational capital. Could trade unions as part of a broader movement of the dispossessed fulfil this role? What are the new ways of organising informal workers and the dispossessed? What can be the role of political parties in this process and how can they be linked more closely to civil society? The key objective of the Futures Commission is to contribute to answering this kind of questions.

The next steps of the Futures Commission

Importantly, the Commission can only develop proposals for further discussion within SIGTUR affiliates. The Commission cannot produce blueprints for an alternative future. Alternatives will always only result from concrete struggles against neo-liberal exploitation. Hence, it was decided to produce an educational booklet on the basis of the four papers presented at the meeting, with which these proposals can then be disseminated amongst the members of the various trade unions, affiliated to SIGTUR. The hope is that a process is thereby started, in which the discussion of alternatives is broadened and deepened, ultimately resulting in concrete change towards a more just and sustainable future.