Against the grain: The European Citizens’ Initiative on ‘Water is a Human Right’. 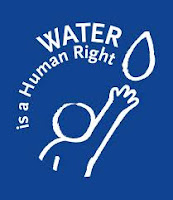 Between May 2012 and September 2013, close to 1.9 million signatures were collected throughout the European Union (EU) and formally submitted to the Commission for the European Citizens’ Initiative (ECI) on ‘Water and Sanitation are a Human Right’. While impressive in itself, it is not only the large number of signatures, which is a sign of success. The ECI, based on a broad alliance of trade unions and social movements, was successful at a time, when austerity policies were enforced across the EU. It, therefore, went completely against the grain and in opposition to dominant forces pushing for further neo-liberal restructuring. In this blog post, I will discuss the main factors underlying this success: (1) the long history of water struggles; (2) the unique quality of water; and (3) the broad alliance of participating actors.

Three key objectives were stated at the launch of the ECI in May 2012: ‘(1) The EU institutions and Member States be obliged to ensure that all inhabitants enjoy the right to water and sanitation; (2) water supply and management of water resources not be subject to ‘internal market rules’ and that water services are excluded from liberalisation; and (3) the EU increases its efforts to achieve universal access to water and sanitation’ (http://www.right2water.eu/). My analysis is based on interviews with key activists as well as documentary research from November 2014 to July 2015. The findings were initially presented in a talk at the Monthly Forum of the European Trade Union Institute (ETUI) in Brussels in January 2015.

The ECI did not emerge out of the blue. Since the increasing push for the privatisation of water services from the early 1990s onwards, struggles over water had erupted around the world. Most well-known is the so-called water war of Cochabamba/Bolivia. When the price for water increased by 200 per cent or more as the result of privatisation, local resistance erupted. Peaceful protesters were met by police and soldiers and violent clashes ensued with one 17 year old protester being killed. Eventually, in April 2000 the Bolivian government revoked the concession to Aguas del Tunari, a consortium around the US construction giant Bechtel.

Another key moment, inspired by the success of the first European Social Forum in Firenze/Italy in November 2002, was the first Alternative World Water Forum in Firenze in 2003. It was intended to provide opposition to the official World Water Forum and its emphasis on public-private partnerships for the organisation of water distribution. The World Water Forum is organised by the World Water Council, which is accused of being ‘a mouthpiece for transnational companies and the World Bank’ (http://www.fame2012.org/en/). The objective of the Alternative Forum is ultimately to de-marketise water and to democratize the government of water as a resource. A first major success was the adoption of a resolution by the UN in 2010 recognising water as a human right, sponsored by several governments from the Global South and here in particular Bolivia.

Other noticeable struggles were the successful Italian referendum against the privatisation of water in 2011 (see The Struggle for Public Water in Italy) as well as the re-municipalisations of water services in Paris in 2010 and Berlin in 2013 amongst many other cities around the world. In short, the ECI has ultimately been the coming together of different struggles from local, national and global levels, concretised in a European-level effort by the European Federation of Public Service Unions (EPSU) co-ordinating the overall campaign.

The unique quality of water

The theme of water has significant symbolic power with water being understood as a fundamental source of life and, therefore, as a human right, reflected in the very title of the ECI. This discourse, for example, resonated with the Catholic Social Doctrine, ensuring strong support from Catholic groups in the Italian referendum against water privatisation in June 2011 (see Catholics in the Italian water movement).

The three broad objectives of the ECI incorporated well these various dimensions of the symbolic power of water, with different concerns being of more importance in different countries and for different types of movement partners. For example, in Germany the opposition to the liberalisation of water services, Point 2 of the ECI, was crucial and directly linked to discussions around the concessions directive. While the ECI was ongoing, the Commission had also published the draft concessions directive, liberalising water services and forcing public entities to tender contracts openly across the EU. Liberalisation does not automatically imply privatisation. Considering the complex procedures and capital and technology intensiveness of such public tendering, it would, however, have been inevitable that these contracts would have been snapped up by large, private TNCs such as Veolia and Suez.

The issue of water as a human right was more prominent in the Dutch campaign (Interview No.17). For catholic groups, universal access to water and sanitation, demanded in Point 1 of the ECI, proved important as an issue of social justice in the Italian context, while Point 3 about the EU pushing for water as a human right globally was relevant for development NGOs such as the Comitato Italiano Contratto Mondiale sull’Acqua (CICMA) in Italy, which is part of the World Water Contract movement, or German groups such as the Forum Umwelt und Entwicklung (http://www.forumue.de/) or the church related organisation Brot für die Welt, arguing that Europe had a responsibility for the whole world. Environmental groups including, for example, the Italian Legambiente or the German Grüne Liga equally participated, because when water becomes privatised and the sector is dominated by the profit motive, the protection of the environment generally comes second, it was argued.

Broad alliance of actors at European as well as national level

The fact that the ECI had been based on and supported by a broad alliance of trade unions, social movements and NGOs was also crucial for its success. At the European level, it was EPSU, which initiated the campaign and also sustained it with its administrative and financial resources. It formed a European level alliance together with other organisations such as the European Environmental Bureau (EEB), the European Anti Poverty Network (EAPN) and the Social Platform (see http://www.right2water.eu/who-we-are-organizations). EPSU’s organisational structure bringing together representatives of its national federations in the organising committee provided the crucial backbone and leadership of the campaign


Unsurprisingly, the success of the ECI was not equal across all EU countries. Germany stood out as the country with the most signatures. 1,341,061 signatures were collected, of which 1,236,455 were considered valid. Making the link between the ECI and the concessions directive proved to be crucial for the high number of signatures. Moreover, there was a tightly organised campaign around the services trade union ver.di, supported by the German trade union confederation DGB, together with a whole range of local water movements such as the Berliner Wassertisch, the Wasser Allianz Augsburg, or the NGO WasserInBürgerhand, environmental movements such as the BUND, the Grüne Liga and the feminist group EcoMujer, as well as development NGOs including the Forum Umwelt und Entwicklung.

The possibility to sign the ECI on the internet obtained decisive importance through media presence, be it a discussion of water privatisation in the investigative programme Monitor in December 2012, be it the picking up of the campaign and portraying of the internet address in the comedy show ‘Neues aus der Anstalt’ in January 2013 or the coverage in the ZDF heute show in February 2013.

In Italy the water movement had already successfully collected signatures on a number of occasions. This time too, they had no problem at reaching the national quota with 65223 validated signatures. In the end, 13 countries including Austria, Belgium, Finland, Germany, Greece, Hungary, Italy, Lithuania, Luxembourg, the Netherlands, Slovakia, Slovenia and Spain collected the required amount of signatures. The fact that the quota was achieved in 13 countries is a sign of success and this was also due to the fact that it had been possible to connect the European alliance with local and national campaigns.

Of course, while impressive in itself, the main participating organisations and here especially EPSU are only likely to engage in another ECI, if this first one has actually got a concrete impact on policies.