Resisting Privatisation: Assessing the impact of the ECI 'Water is a Human Right'. 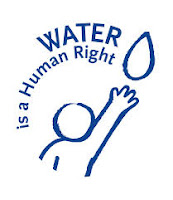 The first European Citizens’ Initiative (ECI) on ‘Water and Sanitation are a Human Right’ was an enormous success. Between May 2012 and September 2013, an alliance of trade unions, social movements and NGOs succeeded in collecting close to 1.9 million signatures across the European Union (EU), thereby reaching the required quota in 13 EU member states (see Against the grain: The European Citizens’ Initiative on ‘Water is a Human Right’). In this post, I want to evaluate the outcomes, the concrete impact this campaign has had on EU policy-making drawing on interviews with key activists as well as documentary research from November 2014 to July 2015.

The response by EU institutions

On 17 February 2014, hearings of the ECI took place with the Commission and with the European Parliament. While the Commission representatives mainly asked questions during their hearing, the meeting with the EP was deemed more successful by the campaigners. It was four hours long and 60 MEPs, mainly from the environmental but also from some other committees, were present with most of them talking at some stage.

The response by the Commission, delivered on 19 March 2014, however, was a disappointment. It argued that it would not introduce water as a human right into EU legislation, as the Commission was not responsible for this. This was a matter of national level legislation. Similarly, while the Commission confirmed that it would not pursue further the liberalisation of water, this too was not backed up by EU legislation. Instead, it declared that it had to remain neutral vis-à-vis national decision-making in the water industry. As interviewees pointed out, however, the Commission had not observed this neutrality in relation to EU crisis countries, having pushed for further liberalisation and privatisation in Greece, Portugal and Italy.

The Commission, moreover, announced that it intended to hold a consultation on drinking water, something they could have done even without the ECI and which does not really address the main objectives of the ECI. The Commission did not promise a general change in foreign policy in relation to pushing water as a human right in its dealings with other countries around the world either. Observers also note that there is still an emphasis on market conformity in Commission statements.

The wider implications of the ECI

And yet, some success of the ECI can be noted. Especially in Germany and Austria, the concessions directive was a crucial point for the mobilisation of opposition. When the ECI had reached one million signatures in February 2013 and it became clear that it may actually be successful, Commissioner Barnier, responsible for the concessions directive, went to Berlin and discussed with the German Chancellor Angela Merkel an exception for the German water economy. When it then became clear that this would create even more difficulties for the directive, water was excluded from the concessions directive. ‘In short, the ECI on water [had] already achieved a significant political result and an extraordinary victory even before it formally arrive[d] on the Commission’s desk’ (Fattori 2013). This success is also noticeable considering the heavy lobbying pressure by the private water industry on the Commission, expressing their disappointment about the exclusion of water considered to make up for half of the concessions within the EU and rejecting the link made between the ECI and the concessions directive (AquaFed 2013).

Moreover, as one interviewee pointed out, the ECI had changed the public discourse on water. Arguments about the importance of keeping water in public hands would no longer be laughed at or belittled. Prior to the 2013 national elections, all German parties committed themselves to retain water in public hands and this issue also featured in the coalition negotiations between the Christian Democrats and the Social Democrats. At the European level, the ECI campaign lobbied hard the candidates for the new President of the Commission in 2014 and four out of five committed themselves to implementing the human right to water if elected (EPSU 2014a).

Finally, the ECI has successfully established links of transnational solidarity. While witnessing the hearing of the ECI in the EP through a video link, activists from the Thessaloniki citizens’ movement against water privatisation decided to hold their own, independent referendum about the privatisation of the water services in their city on 18 May 2014. EPSU, the Italian water movement as well as others from the European water movement sent monitors in support. After a large turn-out and significant rejection of privatisation in this unofficial referendum with 98 per cent of those who voted opposed to privatisation, the pressure on the Greek government mounted not to privatise. In the end, it decided to put a stop to the privatisation of water services in both Thessaloniki and Athens (Macropolis, 02/07/2014).

The future of European water

Will this success of the ECI be enough to ensure that water remains permanently outside the market? As observers point out, a review clause has been included in the concessions directive, which could imply that the decision to exclude water is revoked in five years’ time. Moreover, the ‘Commission’s Communication makes no commitment to explicitly exclude these services from trade negotiations such as the Transatlantic Trade and Investment Partnership (TTIP)’ (EPSU 2014b). Water privatisation in Greece too is back on the agenda as a result of the imposed terms of the third bailout agreement. Clearly, further struggles are required to consolidate and protect the gains of the ECI.