The Corbyn Factor: What does it mean in practice? 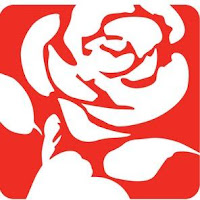 When discussing the revitalisation of the Labour Party, many people refer to the Corbyn Factor. And indeed, the rise of the left-wing, rebellious back bencher Jeremy Corbyn to become the leader of the Labour Party, elected by a clear majority of party members and sympathisers only a few months after the party’s defeat in general elections in May 2015, has been an astonishing development (see Corbyn’s Campaign). In this blog post I will assess the dynamics of this development in practice by comparing two local Labour Party meetings in the area of Nottingham, one in Beeston North in September 2014 and one in West Bridgford in February 2016.

Disempowered and disillusioned: local party members before the 2015 general elections.

In September 2014, I was invited by the Beeston North Labour Party branch to talk about the privatisation challenges to the public sector and possible alternatives. In my view, there is no doubt that the problems of privatising parts of the public sector had started under Tony Blair’s New Labour governments, well before the coming to power of the coalition government of Conservatives and Liberal Democrats in 2010. The introduction of an internal market in the National Health Service and the introduction of tuition fees of £3000 in Higher Education are just two examples of public sector ‘modernisation’ under New Labour. Nevertheless, I was careful when presenting my argument. I did not want to offend those, who had invited me.

To my astonishment, there was no disagreement over my assessment. Local party members were equally critical of their party’s role in government. The position of this local Labour Party branch was completely different from the national Labour Party when it came to public sector restructuring. At the same time, I sensed an atmosphere of disillusion. The central party located in London was considered to be completely non-responsive to what local party members and branches were thinking. Focus groups were regarded as more important than members, people pointed out. It would not matter what the local branch discussed, the national leadership would not care anyway. After the initially very interesting discussion about alternatives to public sector privatisation, the meeting soon petered out.

On Monday 22 February 2016, I was invited by the local Labour Party branch in West Bridgford, another suburb of Nottingham. This time, I was asked to speak about alternatives to austerity against the background of the global economic crisis. The dynamic of this meeting could not have been more different from my experience in September 2014. Rather than the 15 faithful party members, over 50 people were crammed into the room including many new and returning members. After my presentation, an interesting discussion followed similar to the meeting in Beeston North in 2014. This time, however, this was not the end of the evening. This time, it was only the beginning.

In the second part of the evening, members could choose to participate in different policy discussion groups. Some chose a group on social housing in the local area, some went to a discussion on fracking, others joined the group on alternatives to austerity. Intense discussions were followed by a final plenary, during which the various groups fed back outlining their policy proposals. It was fascinating to experience the enthusiasm of people, who clearly felt that it mattered that they participated in these discussions resulting in concrete proposals. Rather than feeling distanced from the national leadership, party members were convinced that their discussions mattered to the policy direction not only of the local branch but also national party. This was grass-roots policy-making in progress.

It is too early to assess the implications of Jeremy Corbyn’s victory in the Labour Party leadership elections. Nonetheless, the experience of this particular local branch meeting, replicated in many parts of the country no doubt, could be a first sign of a dramatic sea change in the way people are being involved in policy-making. Many commentators and political observers do not give Corbyn any chance in the 2020 national elections. They may yet be in for a surprise. There is a new dynamic, which goes well beyond the personality of Jeremy Corbyn himself.