Reflections on a progressive research strategy on European labour

On Tuesday, 6 November I participated in a workshop on the ‘Future of Trade Unions and Unions Research’ in Berlin, organised by the Hans Böckler Stiftung and the Wirtschafts- and Sozialwissenschaftliches Institut (WSI). The purpose of the workshop was to try to envisage the role of unions in past, present and future research on Europe’s political economy writ large. In this post, I will reflect on what key aspects of an innovative research project on the future of European trade unions could look like. In more detail, I will identify three key aspects: (1) the importance of conceptualising the implications of the changing social relations of production; (2) the potential role of trade unions beyond the workplace; and (3) the necessity to learn from the Global South.

Trade unions and the dangers of ‘social partnership ideology’

During the first 20 to 30 years of the post-war period, trade unions in Europe had been extremely successful. Bipartite institutions with employers or tripartite institutions with employers and the state were set up to facilitate direct influence on socio-economic policy-making. Full employment was the order of the day and trade unions managed to secure rising wages for their members in collective bargaining with employers’ associations. Additionally, generous welfare systems were established ensuring universal access to education, health services, housing, etc. The exact institutions, the concrete policies differed from country to country. Nonetheless, there was a general move towards social justice in society via policies of wealth re-distribution.

What trade unions today, however, tend to overlook is how this historical development related to the underlying social relations of production in post-war Europe. The specific configuration of social class forces was decisive for labour’s advances. Welfare states including bipartite and tripartite institutions were set up not because of the goodwill of the employers, but because labour had been able to balance the structural power of capital. Against the background of system competition with the Soviet Union and support for socialism amongst workers, and in view of the increasing organizational power of trade unions built through successful struggles in society, employers were forced to accept social progress during the 1950s and 1960s (see The Rise and Fall of the Welfare State).

Trade unions have forgotten the historical background of welfare states. Social dialogue institutions, the result of working class power, are today often regarded as the cause of, and guarantee for, the welfare state. It would be enough, it is argued, to pursue discussions with employers within these institutions to ensure the continuation of welfare services. Unsurprisingly, the focus on social dialogue with employers is often combined with a focus on union internal developments and problems in the workplace. New recruitment drives at workplaces are developed, internal procedures modernised and especially the service provision for members developed. By contrast, an active engagement with issues relevant for wider society is rather rare.

As a result of what Asbjørn Wahl calls ‘social partnership ideology’ in his book on the welfare state, trade unions have overlooked the new challenges they face in a changing global economy and the way these changes have altered the balance of power in favour of capital. Since the mid-1970s the increasing transnationalisation of production structures as part of neo-liberal restructuring has increasingly brought different national labour movements in competition with each other. Processes of subcontracting and outsourcing, moreover, have led to an informalisation of labour relations also in Europe and led to an increasingly large pecariat (see The precariat). Trade unions have not yet found ways to organise successfully in this highly fragmented and constantly changing labour market (Bieler, Lindberg and Sauerborn 2010: 4-13).

In short, unless trade unions change and go beyond a focus on social dialogue with employers and workplace related issues, there is a danger that they become increasingly irrelevant for wider society considering these new dynamics and challenges.

These developments within the European labour movements are mirrored to a large extent in academic research on trade unions. Labour academics too have succumbed to a kind of ‘social partnership ideology’. There are lengthy discussions about the varieties of capitalism in Europe and the related differences between individual national institutional set-ups of how trade unions are integrated or not into national policy-making processes. Similar to trade unions’ oversight of the historical importance of the power balance between capital and labour, underlying the setting-up of these institutions, academics too pretend that we could analyse different national political economies and trade unions without referring to the changing social relations of production. Unsurprisingly, a lot of research deals with the multi-sector and sectoral dialogues at the European level totally oblivious of the fact that the underlying power structure is completely different from the power structure, when national welfare states were set up at the national level during the 1950s and 1960s.

Overall, while not unimportant, as long as such a narrow focus continues to dominate trade union research in Europe, industrial relations scholarship will continue to decline in its importance within wider academia.

Which aspects should be part of a progressive research agenda, able to overcome these shortcomings of current scholarship? In the following, I intend to highlight three key themes, which are essential in my view.

1. The importance of the underlying changes in the social relations of production:

Considering that the balance of power was key in the set-up of European welfare states and that neo-liberal restructuring has changed this balance in favour of capital, it is essential to conceptualise the relation between the social relations of production on the one hand, and institutional set-ups and trade union agency on the other. Of course, there is no economistic determination in this relationship. However, it is clear that if the underlying power structures change, there will be pressure on the form and contents of the related institutions. Equally, if the underlying power structures change and a trade union suddenly finds itself in a position of organising workers in predominantly transnational production sectors, then there will be pressure on this trade union to rethink its strategies accordingly.

In my view, there can be no adequate research on the future of trade unions in Europe, without analysing closely the changes in the underlying social relations of production and the related balance, or better imbalance, of power between capital and labour.

2. Trade unions and their role beyond the workplace:

In order to address the new challenges, trade unions need to start to look beyond the workplace in their initiatives. Provided workers and work are understood in a broader way, suddenly it may become possible to participate in wider alliances with other social movements to expand the social basis of resistance. 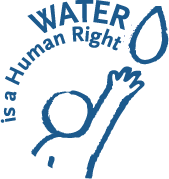 The current European Citizens’ Initiative for Water as a Human Right is a good example in this respect (see European Citizens’ Initiative). The European Federation of Public Service Unions (EPSU) is a key participant in this initiative. Access to clean water affects consumers, but when related to demands for keeping water in public hands, also concerns directly public sector workplaces and, thus, EPSU members. Unions and social movements together may be able to halt and turn around privatisation of water supplies.

Analysis of this kind of initiatives, in my view, must be a key aspect of an academic research agenda on the future of trade unions in Europe. Analysing the conditions under which such initiatives work or fail can potentially provide an important tool to assist trade unions in their endeavours to reach beyond the workplace and address the new challenges.

3. Learning from the Global South

Europe is not an island. On the contrary, what happens in the area of European social relations of production is heavily influenced by the changes in the global economy and the emerging markets such as Brazil, China and India. A research agenda on the future of trade unions in Europe must include a wider assessment of the changing social relations of production in the global economy.

Labour academics in Europe too, similarly to Northern labour movements, need to embrace these new challenges. They need to contribute to new definitions of work and workers, to a novel understanding of capitalist restructuring in times of neo-liberal globalisation. They need to analyse the new forms of co-operation, the new types of strategies found in the Global South and assist in translating these experiences for trade unions in industrialised countries.

If European trade unions and trade union researchers fail to engage with these new challenges, they risk becoming increasingly irrelevant in relation to wider societal problems in general as well as discussions about how to move beyond the current crisis of capitalism in particular. On the other hand, if they embrace a more radical, progressive outlook, they may become active participants in developments of resistance.