Why socialism can be nothing else than ‘real’: Lessons from ‘really existing socialism’ – Part I.

There is widespread consensus today, right and left of the political spectrum, that ‘really existing socialism’ in the Soviet Union and Central and Eastern Europe was a proven historical failure to construct society on the basis of collective property and common access to resources produced in a society. In this guest post, Sabina Stan from the Transnational Labour Project in Oslo critically questions this understanding and asks what the real lessons from ‘really existing socialism’ are for the understanding of today’s capitalism.

Proofs of this now commonsensical truth of socialism’s historical failure come from many quarters. The first and most obvious proof that these regimes led to economic, social and political bankruptcy is simply that they fell - sometimes, like in Romania, following widespread popular contestation. Socialist state companies were notoriously inefficient, technologically backward, and produced insufficient capital and consumer goods, leading to ‘economies of shortage’ in the former soviet space. Besides, these regimes were also inherently violent, resting on the partial interest of the proletariat and its dictatorship, manifested in the violent suppression and persecution of members of other social classes (bourgeoisie, but also intellectuals and peasants). Moreover, far from abolishing social inequalities through class struggle, socialist regimes produced their own inequalities, namely between the high party and state nomenklatura, benefitting from special access to goods and outside mobility, and normal citizens, lacking in both basic goods and freedom of movement. Finally, are these regimes not proven wrong by the irrepressible urge their populations displayed towards participating in the ‘Western’ consumer paradise? Did they not just long to dump socialism and embrace capitalism in order to eat more bananas, chewing gum and Coca Cola?

Good as they may be as backdrop for the heroic bildungsroman of liberated Eastern Europeans, these depictions serve more to justify what has come after ‘really existing socialism’ than to really attend to its understanding. At least part of the events or processes invoked by these assertions occurred or were evaluated post-factum when socialist regimes were no more: the fall of socialism itself, the consumerist urge in post-socialist CEE, the post-socialist re-evaluation as trauma of the socialist experience of intellectuals and members of the old bourgeoisie, the post-socialist devaluation of state companies and their subsequent bankruptcy, etc. Well, well, that may be so, but what? Does it matter to understand ‘really existing socialism’ now that it is irremediably gone and nobody decent seems to seriously envisage going back to it? What, one could wonder, would this socialism be good for anything else than serve as a reservoir of oddities for contemporary screen dramas and comedies?

By arguing that really existing socialism is still ‘good to think with’, I am not saying that all was good with it, or that it was paradise on earth. But I do propose that imagining ways to overcome capitalism cannot do without understanding the intricacies of this particular, very real brand of socialism. Making really existing socialism a gross, but highly transparent version of hell helped to deflate critiques of capitalism and impose its neoliberal version to an unprecedented scale after 1989. It also helped even in recent, and more contesting times, when anti-globalisation movements were all too often accused of ‘offering no viable alternative’. This is, of course, because voices advocating for alternatives to capitalism were not deemed ‘viable’ by mainstream media, but also because many left-wing thinkers and activists were reluctant to look in a constructive manner at really existing socialisms. This reluctance contributed to legitimise, by silence, the tight symbolic link that came to be made after 1989 between the capitalist paradise and the socialist hell. The re-evaluation of really existing capitalism seems therefore to be difficult without a scrupulous, but honest re-evaluation of really existing socialism.

Granted, the visibility and acceptability of alternatives seem to be connected more to power relations than to actual knowledge. Really existing socialism was, in the geo-political power game of the Cold War, an alternative as viable as its existence in a dozen countries, among several million people and across several million square kilometres can get. But its threat went beyond population and territorial coverage or the military power of the URSSR into offering a living example of how societies could be organized around collective ownership. So maybe knowledge of how this example worked and what it meant for those who lived through it could also be useful in imagining other, future alternatives to contemporary capitalism?

Most of the times that socialism is invoked these days by journalists, politicians and even academics, it is done so in a totalizing, unifying way. ‘Socialism’ was bad, and did a list of bad things that contemporary market, capitalist economies would not do (see a summary of such a list above in the second paragraph). But was there one, the same and only socialism that existed, so that we could say that one, the same and only socialism did all the bad things?

The first fallacy in this kind of approach is to think that, while capitalism is inherently dynamic, socialism, by contrast, was a static entity equal to itself during the almost half a century of its existence in Central and Eastern Europe. Socialism seems thus to have crystalized into an ice bloc that has not melted away even almost half a century after its official demise: even now, many analysts explain post-socialist transformations in terms of ‘socialist legacies’ rather than the neo-liberal order instituted after 1989. By contrast, 24 years into the socialist period it was agreed that socialism was solidly instituted with few voices, even among socialist apparatchiks, invoking ‘bourgeois legacies’. 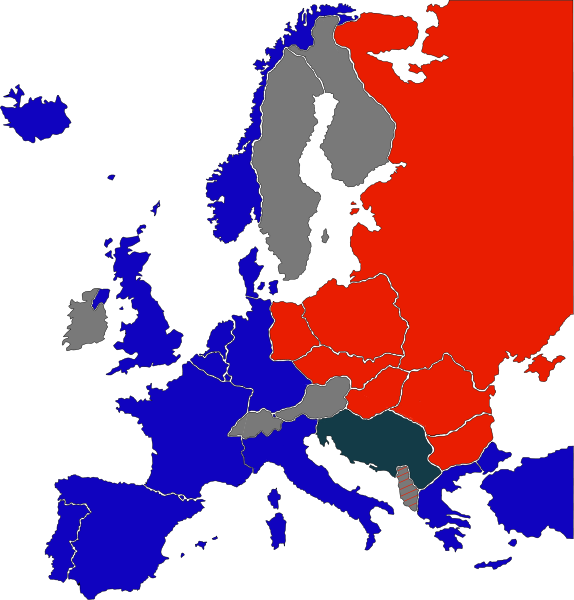 Socialism, like capitalism, has, however, a history. It passed from the political repression and economic restructuring of the late 1940s and 1950s, to the period of industrialization, growth and opening of the 1960s and 1970s, plunging afterwards into crisis during the 1980s. ‘Socialism’ is therefore not equal to itself, but had several periods that were quite distinctive on a macroeconomic level and on the level of its population’s daily life. Social mobility, for example, passed from very high levels in the first period to more modest ones in the second, finally stabilizing in the third, while consumer goods shortages went from very high levels immediately after the second World War, to rather low ones in the 1960s and 1970s, only to increase again during the 80s .

Ok, its critics would say, maybe socialism changed over time, but it still inherently produced some bad things that capitalist societies are shielded from. And here we have the second fallacy - that of thinking that socialism developed like cucumbers in a greenhouse in isolation from any outside forces. As the saying goes, socialism led to closed economies, whereas capitalism to open ones. Socialist countries were not, however, isolated in a tightly knit, autarchic bloc, but were enmeshed in the larger world economy. Competition and antagonism, but also cooperation between the two blocs played a role in various proportions during the half a century of socialist experiments in the East. Anti-bourgeois political persecution in the East at the end of the 1940s and beginning of the 1950s was mirrored by anti-communist persecution in the USA during the same period. Political surveillance in the East during the 80s was mirrored by political surveillance in the West during the same period.

Most importantly, most CEE countries became members of the IMF at the beginning of the 1970s and started to indebt themselves in order to buy technology and continue industrialisation. This also made them particularly vulnerable, in terms of energy and financing costs, to the world crises of 1973 and 1982. Ironically, de-modernisation in Romania during the 1980s, a result of its president’s resolution to pay off the country’s international debt, was paralleled in the same period by de-industrialisation in the West. East and West, lost generations came to the fore. Only that in the East, much more was to be lost after socialism was gone.

One of the most current accusations against socialism is that it relied on the Plan rather than the Market to regulate its economy and allocate resources in society. Planning, as the story goes, led to an irrational allocation of resources, as it resulted in ‘soft budget constraints’, hoarding by state company managers to prevent supply shortages, overstating of their companies’ input needs, and finally a generalised ‘economy of shortage’. The market in capitalist economies allows, by contrast, a rational allocation of resources because it provides hard budget constraints, clear sanctions to those who overestimate their supply and demand needs, incentives for efficiency and finally an abundance of goods.

The plan and the market have not been, however, so neatly distributed on the two sides of the socialist/capitalist divide. Socialist economies generated important segments of informal and black market exchanges to smooth out scarcity in the formal sector of their economies. On the other side, planning was adopted by western countries as a tool to attend to the larger involvement of the state in their economies and societies after the Second World War. Most ironically, planning rose to new heights during the last decades of neoliberal capitalism. The reconfiguration of the public sector through "new public management" imported from the private sector indicates that the use of the market as a principle of regulation (which was what NPM was all about) actually translated into the implementation of a Plan involving objectives, indicators, competitive benchmarking, rankings and classifications. Admittedly, unlike the socialist Plan, the managerial Plan aims to reduce the size and importance of public institutions and to change their mode of operation by giving more space to the private sector. But, under this plan, while public institutions are submitted to the constraints of cost-benefit calculations, their partners in the private sector are provided with a guaranteed and risk-free outlet in the public sector. So much so for the hard budget constraints of the capitalist private sector...

But soft budget constraints in capitalist economies, including the advanced ones, affect more than just private companies in public-private partnerships. Many sectors in western economies, such as private research and development in the areas of defence and pharmaceuticals, or, in the USA, agriculture and information and communication technologies, receive strong state support and thus benefit from significantly lower budget constraints than their non-western competitors. And some business practices across sectors also serve the same purpose. Budget constraints can be manipulated, for example, by "transfer pricing" through which TNC move their profits to countries with lower tax rates, or by price manipulations by some large companies through input stocking or product dumping. Ironically, easy targets of neo-liberal demands to end state support, it is now post-socialist state enterprises and public sector units around the world which embody the ideal of the capitalist company disciplined by strong budget and demand constraints.


Sabina Stan is Lecturer in Anthropology and Sociology at Dublin City University, Ireland, and currently a fellow at the Centre for Advanced Study at the Norwegian Academy of Science and Letters.