Argentine elections 2015: a shift to the right and the need for a popular response. 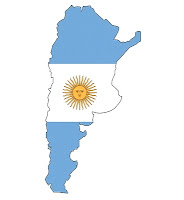 The electoral victory of Mauricio Macri in the recent Presidential elections in Argentina (22 November 2015) signifies a dramatic change in Argentine and Latin American politics. Despite Mauricio Macri's campaign promise to ‘keep the good policies’ of the former center-left government, the reality of the first month in office is strikingly different. In this guest post, Bruno Dobrusin analyses these changes as well as the reasons for, and broader implications of, the turn to the right in Argentina.

There have been drastic policy changes during the first month. To name a few: devaluation of the currency by 40%; reduction in export taxes for large agribusiness; new cabinet full with former CEOs of multinational companies; reformulation of Central Bank mandate to further its autonomy; elimination of import controls; liberalization of foreign exchange controls; reversal of the media law; revision of all contracts in the public sector signed since 2012; realignment with US foreign policy objectives, including the promotion of free trade agreements. This brief list highlights the main decisions taken in only a month in office and shows that Macri’s government has two main objectives: (1) liberalizing economic policy after years of intense state intervention in Argentina, and (2) becoming a reference point for the right-wing in the region, in view of defeating the wave of progressive governments of the previous decade.

The arrival of this right-wing project into government was a product of a combination of factors. In 2011, Cristina Fernandez de Kirchner run for re-election and won by an outstanding 54% of the vote in the first round, with the closest rival at a distant 16%. This large popularity was a combination of distributive measures and high economic growth during the previous years, supplemented by Cristina Kirchner’s charismatic leadership. The electoral results—and the defeat of the center-left project—of 2015 was a product of different factors, several to do with Kirchnerism’s own limitations; while others were related to what we can call an ‘investment lockout’ on behalf of the business sector and the lack of access to foreign currency.

Reasons for the decline of Kirchnerism

During the second mandate of Cristina Kirchner, inflation remained high at an average inflation of 30% per year, while economic growth began to stagnate, with near zero growth in the 2012-2015 period. This coincided with a decline in the export of primary commodities as well as their prices in the world market. The redistributive measures implemented in the previous years (2003-2011), which focused on adjusting social assistance and pensions according to inflation mixed with collective bargaining agreements that generally matched inflation, were continued in this period, but with less impact on the overall economy than in the past. Employment generation in the private sector stalled, informal work stopped its decline at around 33% of the workforce. Unions increased conflicts in the last three years, and while the political relationship with the government of a majority of trade unions continued, a growing number of confederations and unions took a confrontational stance by carrying out five general strikes between 2012 and 2015. Moreover, so-called ‘second generation’ demands became more acute, especially in the field of public service provision. The train accident of 2012 in one of Buenos Aires’ main stations, Once, left at plain sight the mishandling and lack of investment in an essential service and the complicity between the State and the company in charge of the railways. Although the government reacted by nationalizing most of the urban services, this reaction was late and has only recently resulted in improvements of the service.

A second element that influenced the economic condition of Argentina during the last Kirchner administration was the dispute with vulture funds that held Argentine bonds. During the 2001 economic crisis, Argentina defaulted on its debt with foreign bond holders. The default lasted until 2005, when the government of Nestor Kirchner (2003-2007)  renegotiated with 75% of the creditors a major cut in the debt—close to 75%—and the exit from default. In 2010, the government launched a new campaign to negotiate with the remaining 25% of the bond-holders, with the same deal as before. After both negotiations, 93% of the total debt was renegotiated with significant reduction of overall debt. The remaining 7% of bond-holders, many of these now in the hands of vulture funds, went to court in the hope of getting the full value of those bonds. This move by the vulture funds got a friendly judge in 2012, who ruled in favor of these hedge funds and blocked Argentina’s access to international markets. This added to an already-existing difficulty in accessing cheap credit, since the government had rejected any form of IMF intervention in economic policy. The lack of access to credit led to, among other policies, a firm exchange control that in turn affected economic investment—and expected returns by corporations. Argentina entered yet another period of foreign currency restriction, showing the limitations of the Kirchners’ project to overcome the dependence on the export of primary commodities, an issue that has affected all other progressive governments in the region.

A third factor to understand the defeat was the electoral campaign itself. The candidate chosen by the then-governing party, Daniel Scioli, had a tense relationship with Cristina Kirchner and this tension was expressed throughout the campaign, when there seemed to exist two parallel agendas for the same political project. Only in the second round did Cristina Kirchner firmly come out in support of Scioli. The right-wing ran a campaign based on ‘happiness and change’, not responding to attacks from Kirchnerism and avoiding mentioning any concrete economic agenda, as well as hiding their economic advisors—most of them with previous experience in the neoliberal administrations of the 1990s.

These three factors can partially explain the changes taking place in Argentina’s political direction. The economic measures implemented by the new government will affect mostly working people and redistribute wealth upward, towards concentrated capital and large agribusinesses. The new administration has decided to reduce the presence of the State, returning to the dogmatism that dominated the neoliberal decade of the 1990s. A central element in this new position is foreign policy, where the clashes with Venezuela have already begun. At the last Mercosur Summit in Paraguay, participating for the first time Macri engaged in a verbal confrontation with Venezuela's foreign affairs minister. Moreover, the government has signaled its intention of joining the ‘Pacific Alliance’ (a free trade agreement between Mexico, Costa Rica, Colombia, Peru and Chile) that intends to be incorporated into the Transpacific Partnership Agreement.

Despite these policies already implemented, the economic agenda of the government will not be easily taken. The trade union movement is beginning to mobilize more intensely, and when collective bargaining rounds start in early March, the level of conflict will certainly rise. In parliament, the Peronist party (which includes Kirchnerism) still remains a first minority in the lower-house and a majority in the upper-house. The firepower is large, making it possible to reverse some of the policies of the government and force it to negotiate with the opposition. Lastly, after the 2001 socioeconomic crisis, Argentine society has remained highly mobilized. Informal workers through picket lines on major roads, formal workers through trade unions, and the middle class have consistently gained improvements through mobilization. The public space remains an area of debate and dispute that governments cannot ignore. The capacity to challenge the new agenda will depend on the dynamic of these elements; especially on the impact that social mobilization can have on the government’s liberal agenda.

Overall, what took place in Argentina, and a week later in Venezuela’s parliamentary elections, is an indication of changing times in Latin America. It is not definite, as the reversals of neoliberal policies from the 1990s show, but it has certainly produced a revival for the right-wing on the continent and a defeat for progressive movements. The capacity to create new alternatives will depend not only on the political forces’ actions in opposition, but also on the autonomous capacity of popular movements to mobilize and promote alternatives. This was key during previous struggles against neoliberalism and was generally lost in the region during the progressive administrations, especially after the defeat of the Free Trade Area of the Americas (FTAA) in 2005. The reorganization, generally under the banner of the State, has created few spaces of autonomous contestation. Returning to those practices by organizing the base is a mandatory step for those movements, including labour, that were essential in reversing neoliberal policies two decades ago.