Turkish labour under deteriorating socio-economic conditions: why is there no united front? 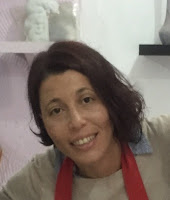 Turkey, a peripheral country with poor working conditions, has been subjected to an anti-labour regime and severe capitalist exploitation under the consecutive Justice and Development Party (AKP) Governments since 2002. In this guest post, drawing on her article Countering globalization and regionalization: is there a united front within Turkish labour and disadvantaged groups?, recently published in the journal Globalizations, Elif Uzgoren discusses the possibilities of the Turkish Left to mobilise for an alternative to neoliberal restructuring.

Given these socio-economic conditions, can labour and disadvantaged groups in civil society develop an alternative in countering globalisation and European Union (EU) membership? Can they form a united front through organising 'all the popular forces in revolt against the capitalist regime' by forming class alliances (Gramsci, 1977, p. 376). If not, what are the impediments behind a united front? These debates are significant for the Left as dissent vis-a-vis neoliberal destruction such as casualisation and commodification and erosion of the welfare state have increasingly been articulated by the radical right and populist policies.

Embarking on a historical materialist framework that draws concepts from Gramsci, the article concludes that labour developed two rival class strategies: Ha-vet ('No-yes') and neo-mercantilism, none of which stands as an overall alternative. The former is supported by internationally oriented labour (workers in textile and automotive industries), socialist oriented industrial trade union confederation (Disk) and public employee confederation (Kesk), particular women rights/feminist groups and human rights groups. They argue that globalisation has `dynamited` social rights acquired at the national level. They defend internationalism under the motto that ‘Another globalisation and Europe is possible’. They support membership for democratic consolidation and improvement of working standards, as the economic struggle has already been lost with the completion of the Customs Union. Importantly, their support for an open economy does not mean that they have internalised neoliberal restructuring. On the contrary, their social purpose is internationalism and the creation of ‘Social Europe’.

Neo-mercantilism is supported by nationally oriented labour (workers within the agriculture sector), ‘statist’ industrial confederation (Türk-İş) and public employee confederation (Türkiye Kamu Sen). They also perceive globalisation as inevitable, but defend the nation state as a viable site for struggle. Here, imperialism is read as an obstacle to internationalism. Forces within neo-mercantilism are divided on membership questioning whether the EU will provide protectionism through structural funds or trigger further liberalisation and dismantle the nation state as an imperialist bloc. Yet, they are united on their critical stance vis-a-vis political issues and privileged partnership arguing that the EU discriminates against Turkey and supports a separatist solution to the Kurdish problem. They support membership on ‘equal terms and conditions’ as long as Turkey benefits from structural funds and free movement of workers.

There are various factors underlying this division. Structurally, the risk of underbidding and cleavages between established workers (workers who benefit from relative stability in their jobs) and non-established workers (less skilled workers mostly employed on casual conditions) have negatively affected the Turkish labour movement. Considering nationally specific factors, Turkey’s unionisation is fragmented with seven confederations (three in industry and four among public employees) each organised in overlapping sectors with differing political orientations. Second, the working class movement suffers from anti-union legislation. Trade unions have to organise 10% of workers in the given economic sector and overcome 50%+1 threshold in the enterprise to be eligible for collective bargaining. Third, a labour aristocracy has been created. For instance, when the AKP Government introduced flexible employment, newly employed contractual public employees were directed to Memur-Sen which increased its membership from 41.871 in 2002 to 956.032 in 2016 (Ministry of Labour and Social Security, 2017). Fourth, there was further division as a result of identity politics. Some unionists, as a result of their opposition to education in mother tongue for citizens of Kurdish origin, separated from Eğitim-Sen, establishing yet another confederation (Birleşik Kamu-Sen) in 2008.

The strategies of the ruling class have also undermined a coherent workers alternative, including dismissing workers who are unionised, making use of the unemployed reserve army or Syrian migrant workers in order to prevent workers from unionisation. Populist instruments such as social assistance programs, consumer loans and credit cards (creating the impression that lower income groups are economically better off) and revisions in health and education systems have also been influential in consolidating neoliberal restructuring despite deteriorating socio-economic conditions.

The future trajectory is uncertain. Recent interviews conducted in December 2017 give some hints. Labour within Ha-vet has continued to stress internationalism. Yet, they highlighted the need to revise framework agreements with clear enforcement mechanisms. The EU membership perspective has lost priority as reform process has neither consolidated democracy nor improved labour conditions. In fact, EU reforms have implied further liberalization and commodification. However, the EU is still seen as the most plausible model. To quote an interviewee ‘Do workers in countries within the Shanghai Cooperation Organisation have better working conditions for Turkey to re-consider its European orientation?’ Yet, they would clearly oppose Turkish integration into the European structure only through market integration without a social dimension.

Labour in Turkey has not yet managed to form a united front. Recalling two cases of resistance of the last decade - Tekel resistance and Gezi Park protests - reveal that opposition erupt from time to time. Authoritarian neoliberalism with a conservative Islamic face and populist tools of the AKP regime are approaching their limits. Youth unemployment is on the rise overruling the populist tool of mass university education. Growth and consumption through indebtedness is also approaching its limits. Since the 15th July 2016 coup attempt, there have been almost 50.000 arrests and more than 150.000 dismissals of civil servants with the purge expanding to opposition including witch-hunt and dismissals of Academics for Peace signatories.

Contradictions as a result of commodification in the sphere of social reproduction and moments of resistance are on the rise. See, for example, the local resistance in Artvin Cerattepe against mining activities by the Eti Bakır firm in order to protect the natural habitat of the area, or how heavy rains easily create floods in İstanbul due to gentrification and absence of adequate amount of soil in the city to absorb water (see the film Ekumenopolis). The erosion of secular education in the name of creating of ‘pious generation’ causes protests. These instances of struggle will be determined within the dynamics of rising authoritarianism and conditions of the state of emergency. A viable alternative has never been more needed than now.


Elif Uzgören is a lecturer at the Department of International Relations, Dokuz Eylul University. She completed her PhD at the University of Nottingham with her dissertation ‘Globalization, the European Union and Turkey: Rethinking the Struggle over Hegemony’. Her research interests include International Political Economy, European Politics and Turkish politics.