Nature Strikes Back? COVID-19 and the limits to capitalist outward expansion.

In 2007/2008, the Global Financial Crisis, caused by financial market speculation related to home ownership and mortgages, spilled over into a global economic recession. The current coronavirus crisis too will result in a perhaps even more dramatic global economic crisis. Unlike in 2007/2008, however, many argue that this time it is not human error, which caused the crisis. Rather, we are dealing with a natural crisis unrelated to our capitalist economy. In this post, I will critically engage with this claim. 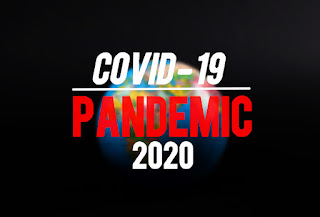 Two contributions in the Guardian in late April 2020 pointed to the connection between human encroachment on nature and COVID-19. ‘The vast illegal wildlife trade and humanity’s excessive intrusion into nature is to blame for the coronavirus pandemic, according to a leading US scientist who says “this is not nature’s revenge, we did it to ourselves”’ (Guardian, Saturday 25 April 2020). Two days later, the world’s leading biodiversity experts are quoted as follows: ‘Rampant deforestation, uncontrolled expansion of agriculture, intensive farming, mining and infrastructure development, as well as the exploitation of wild species have created a ‘perfect storm’ for the spill-over of diseases’ (Guardian, Monday 27 April 2020). In short, we may be responsible for the pandemic after all. However, if we know that encroachment on nature causes pandemics, why do we not stop?

In order to address this question, we need to look more closely at the structuring conditions of the capitalist social relations of production. First, because it is not only workers, who compete with each other for jobs, but also companies, who compete with each other for market share, capitalism is an enormously dynamic system. If you do not increase or at least maintain your market share as a company, you are facing decline and eventually bankruptcy. Hence, this constant investment into innovative technology and the development of new products. Nevertheless, any advantage due to new technology a particular company may temporarily have is soon eroded with other companies catching up or even overtaking that company. Inevitably, this enormous dynamic of development will end in crisis, when more and more goods are being produced with fewer and fewer workers, who have actually got the means to purchase these goods. Capitalism enters a crisis of overproduction. In order to overcome this crisis, capital has a number of options. It can attempt to regain profitability by intensifying the exploitation of its existing workforce. Alternatively, as a result of mergers, it may destroy some of the production facilities limiting output. Or, finally, it needs to expand outwards in the search for new markets, cheaper labour and novel sectors to submit to marketization. Ultimately, it is always a combination of all three measures, which allows capitalism to overcome crises temporarily, before a new, often bigger crisis commences.

It is Jason Moore’s contribution in his book Capitalism in the Web of Life (Verso, 2015), which allows us to link the third capitalist structuring condition of relentless pressure towards outward expansion to COVID-19. Capitalism does not only rely on exploitation in the workplace, but equally on expropriating cheap nature in world ecology. In other words, in the search for profitable investment opportunities in order to overcome crises, capital is structurally driven towards further encroachment into nature, be it through deforestation in the Amazon, be it through enormous destruction of nature in the production of oil in the tar sands industry. Hence, economic recessions which appear at first sight to result from rather different causes, can both be related back to the increasing exhaustion of the capitalist mode of production. Highly risky financial market dealings underpinning the 2007/2008 Global Financial Crisis and the relentless expropriation of nature, having caused the coronavirus crisis and thereby the forthcoming global economic recession, are both the consequence of capitalism’s structurally determined pressure to constant outward expansion.

To conclude, we do know that it is our encroachment into nature, which causes pandemics, but we are unlikely to stop this within the existing capitalist mode of production. Only a transformation beyond capitalism will allow us to end exploitation in production as well as the relentless expropriation and ultimately destruction of nature.

This post was first published in Molly, Andrews (2020) Multidisciplinary Perspectives on the Covid-19 pandemic. Helsinki Collegium for Advanced Studies.