After the election of Jeremy Corbyn – Where next for the Labour Party? 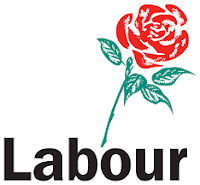 The election of Jeremy Corbyn as leader of the Labour Party so shortly after the defeat in the general elections of May 2015 came for many as a surprise. The electoral campaign had not been too far to the left, as Blairites tried to claim immediately after the elections. Party members' and supporters' verdict was that it had not been left and anti-austerity enough. In this post, I will reflect on the chances of Jeremy Corbyn and his Shadow Chancellor John McDonnell of bringing about significant change in Britain.

At a recent meeting in Nottingham, a former MP and now Corbyn supporter strongly emphasised the need to ensure that all those who had voted for Corbyn in the Labour Party leadership elections as supporters rather than party members needed to be convinced to join the party. It was now the moment to build for electoral victory in 2020, he argued. Once the Labour Party had taken power, then Corbyn and McDonnell would be in a position to change policies drastically. To ensure victory, furthermore, it was essential to unite all opposition groups to austerity under the leadership of the Labour Party. Is this a realistic perspective on achieving significant change?

Syriza's fate as a warning

The fate of the left party Syriza should be a warning. Its electoral victory in Greek national elections in January 2015 was hailed as a decisive moment of change in Greek policies at the time. And Syriza immediately set out to reverse austerity policies from the moment it had formed the new government. The more time went on, however, it became apparent that the pressures by international financial markets reflected in the agency of the European Commission, European Central Bank and IMF were too strong to be resisted successfully by an electoral government on its own. The victory in the referendum in July 2015 was a last sign of hope that popular democracy may be the route towards change, only to be squashed by events in the immediate week afterwards, when the Greek government was pushed into a dramatic climbdown during negotiations in Brussels. By now, it has become just another administration in charge of imposing austerity policies.

Hence, the example of Syriza makes clear, gaining power in representative democratic elections is not enough to implement drastic change within the broader capitalist social relations of production. In many respects, liberal representative democracy is actually the counterpart of capitalism and the related exploitation in the sphere of production. Assuming that a Labour victory in 2020 would allow dramatic policy changes is a dangerous illusion. Even with Corbyn as Prime Minister and McDonnell as Chancellor, the British state will still be a capitalist state.

The Labour Party's electoral machine and wider struggles against austerity

This does not mean that the Labour Party's current efforts should be dismissed as useless or the attempts to gain power in the 2020 elections as futile. Nevertheless, it makes clear that the struggle has to be organised on a much broader terrain. First, the way forward is not that the Labour Party should spearhead and unite all the various different movements of opposition to austerity. Of course, there should be organic links. Many active Labour Party members are also active within various local groups resisting, for example, the transformation of a school into an academy or the privatisation of a particular health service in their area. Ultimately, however, these movements need to be encouraged to develop their own dynamics determined by their members and not controlled and guided by the Labour Party itself. The party needs to be rooted in anti-austerity struggles, without however necessarily leading them.

Moreover, the goal cannot be to integrate these various struggles or activists into Labour's electoral machine. The wider anti-austerity focus, whether pushed by Labour Party members, Labour Party supporters or activists completely unrelated to the Labour Party, can develop into the force, which may sustain the party's anti-austerity policies in opposition to the forces of capital, if and when the party returns to power. Whether these activists are Labour Party members is a secondary issue. Every local struggle against the Transatlantic Trade and Investment Partnership (TTIP), for example, every struggle for the Living Wage in particular companies, every struggle against further privatisation of education or the health service will, thus, become the social terrain from which anti-austerity policies by a future Labour government can be defended. But this social terrain will only develop, if it is not subordinated to the narrow goal of electoral victory in 2020.

Before Syriza won the Greek elections, many of its members had been involved in wider struggles around providing health care and food to increasingly marginalised parts of the population. Many party members had been closely involved in experiments of local democracy, without controlling or directing them. The problem was that once in power, the party almost exclusively relied on governmental authority in its dealings with international financial markets. In the referendum, it called upon activists and the wider population, but it never closely integrated them into governing Greece. A purely electoral strategy in Britain would most likely repeat these mistakes.

To date, Corbyn's focus on listening to party members and supporters and on integrating their views into party policy indicates that he fully understands the importance of these wider dynamics of resistance against austerity. It can only be hoped that his supporters, currently organising through Momentum, will do the same.